Stop. Take a deep breath. Before my headline gets you all worked up, consider what I’m saying here. The CD and other optical discs, like DVDs and Blu-rays, are obviously going to live on for a while as a way to transport media. But make no mistake that today, with two unveilings, Apple has effectively sealed the fate of the optical disc in the computer industry. Soon, it will go the way of the floppy disk. 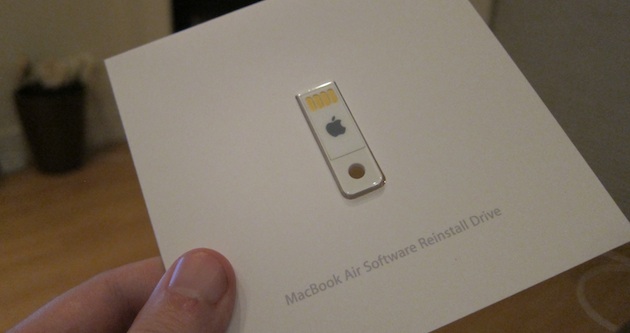 Last week, I wrote a post laying out what I hoped Apple would bring with a revamped MacBook Air. I came to the realization that I had never once used the optical drive in my current MacBook Pro, and it was simply taking up a lot of space and was making my computer unnecessarily bulky. I wanted to replace it with a MacBook Air. And now I can. And I’m not going to be the only one that does.

Now, I know what you’re thinking: but the MacBook Air has been around for a couple of years and it hasn’t killed off the optical disc yet. That’s true, but a couple key ingredients were missing the last time around.

First of all, the first-generation Airs were a bad combination of underpowered and overpriced. That is no longer the case. Second, they required some convoluted desktop computer CD syncing system to be able to install something from an optical disc to the Air (or an optional USB add-on). That is also no longer the case (though both still exists).

When you get your MacBook Air and you open the box, you will find exactly zero optical discs inside. Normally, Apple includes at least one back-up DVD to reinstall OS X and other software if your computer fails. But now, that has been replaced with a super-slim USB stick. This stick, packed in with your manual, is all you need to reinstall your system now.

This makes a lot of sense. CDs were replaced by DVDs because they offered a lot more storage. But flash memory cards, such as the one Apple includes with the Air, are already blowing DVDs out of the water when it comes to storage. They may still be more expensive to produce, but Apple has clearly figured out a way to make it work. I suspect we may see more drives like this one (which use much less plastic than typical USB flash drives — and appear to even use less plastic than optical discs).

Is it the end of the line for the MacBook

As you’re undoubtedly aware by now, tomorrow (in just a few hours, really), Apple is expected to unveil their latest…

If you’ve been running a broad match Google Adwords PPC campaign for your Magento eCommerce store, you might want to…