Damon Albarn has hinted that a new Gorillaz record was on the horizon — but now there are definitive details of the release, which the band wrote and recorded entirely on an iPad. Albarn and his cartoon gang will drop a new record on Christmas morning and in the true gift-giving spirit of the holiday, they’re offering it up Radiohead-style: for free. 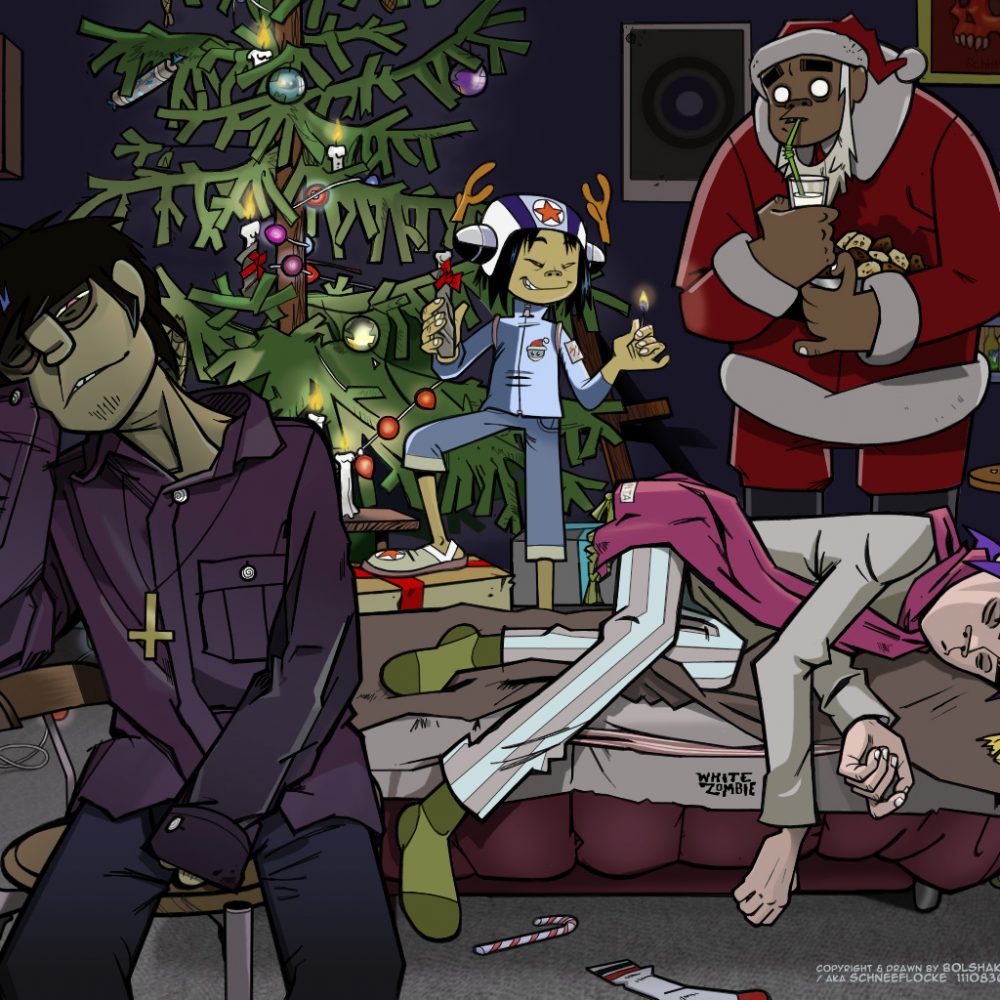 In an interview with Australia’s Perth Now (via Consequence of Sound), Gorillaz’ Jamie Hewlett spoiled the holiday surprise. The record will be available as a free download on the band’s official website, courtesy of the Gorillaz Advent Calendar, where the band is unveiling all sorts of ephemera (videos, computer wallpaper, and downloadable masks) leading up to the big day.

“On Christmas Eve, a video for one of the new songs from the iPad album will be released,” Hewlett said. “Then, on Christmas Day fans get the whole album downloaded to their computer for free as a gift.”

Albarn recently said that he was recording an entire album on an iPad while the Gorillaz were on tour, and while that sounds dubious, he insists it’s still the case. “I wanted to make sure that it came out at the end of the tour because I don’t want anyone to think I’d tampered with it,” he says.

As for the overall sonic vibe of the record, Albarn revealed last month that the record is more “American-sounding” and a departure from his Blur days. “It sounds like an English voice that has been put through a vocoder of America,” he said.

Apple has launched its 12 days of Christmas promotion in the UK, an iTunes offer where Apple gives away a…

So okay the guys here are going to call me an Apple Fan boy (again), but Apple are dominating the…