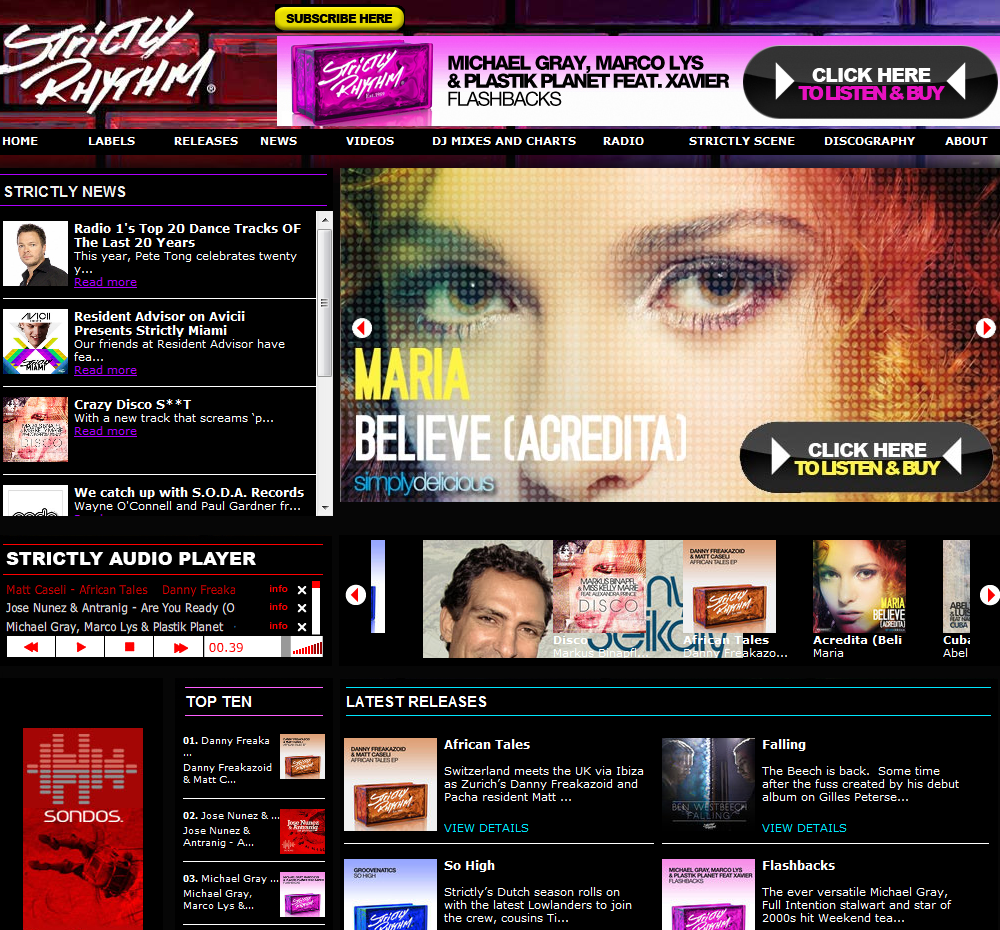 Relaunched in 2007 after a five year break following a short-lived venture with Warner Music, Strictly Rhythm did what no dance label had ever done: successfully re-launch itself. The label made many of its classic releases available on digital download for the first time and signed new productions from the likes of Quentin Harris, Osunlade, Bingo Players Vs Chocolate Puma, Dennis Ferrer, Michel Cleis, Dirty South and Bob Sinclar. Three years later and now fully re-established, Strictly Rhythm opened a new London office in November 2010.

Strictly Rhythm commissioned iWeb to bring back their web presence in 2011 with a new and exciting website that brings to life all things Strictly, with in-depth content on their catalog of house music with release info, track listings and sample audio clips of each track.

For those who want the full Strictly experience, the site has dedicated sections to mixes, artists details, DJ charts and up-to-date news on the world of Strictly Rhythm.

strictly.com also features the releases, news and artists of their partnered record labels such as Subliminal, Sondos, Simply Delicious and Subusa to name but a few, making the Strictly Rhthm website the hub of house music.