Apple and Microsoft are locking horns over the trademark of the term “App Store”, with the Cupertino Mac-maker fighting back against Microsoft’s complaint that the term is too generic to be owned. 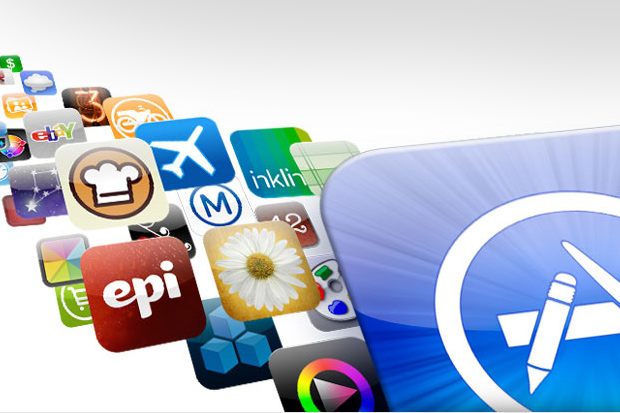 In January, Microsoft filed an objection to Apple’s US application for the App Store trademark, on the grounds that “‘app store’ is generic for retail store services featuring apps and unregistrable for ancillary services such as searching for and downloading apps from such stores.”

The Redmond software giant also found Apple boss Steve Jobs waving the term around as a universal, unspecific way of describing mobile app shopping services. “There will be at least four app stores on Android which customers must search through to find the app they want,” Jobs candidly said in a 2010 conference call.

“Microsoft would like the ability to use ‘app store’ to fairly describe its own retail store services for apps, but Apple asserts that such uses are infringements of its rights and it has sent demand letters to companies using ‘App Store’ in their names,” the motion read.

Apple has now fired back against Microsoft, dredging up the company’s decades-long legal challenges over the word “Windows”. “Microsoft should be well aware that the focus in evaluating genericness is on the mark as a whole and requires a fact-intensive assessment of the primary significance of the term to a substantial majority of the relevant public.”

Apple continues, saying “Microsoft, missing the forest for the trees, does not base its motion on a comprehensive evaluation of how the relevant public understands the term App Store as a whole.”

So how does the US trademark office rule on something as subjective as “genericness”?

“It is likely to come down to market research and evidence of either consumers believing the word is generic, or believing that all goods and services with App Store applied to it are those of Apple,” Alex Tutty, an IP expert from London-based media solicitors Sheridans, told Wired.co.uk. “Apple suggests in its filing that this should be carried out to establish the true state of the relevant public’s perception of the mark.”

Interestingly, Apple’s European trademarks (of both AppStore and App Store) have been registered, “so it appears that the EU has already decided it meets the absolute grounds,” Tutty explains. “It would be interesting to see if Microsoft decides to challenge the validity of the EU application.”

While Steve Jobs’ conference call fluff doesn’t help Apple’s case, “it is worth noting that just because a mark is generic when first used, it can acquire distinctive character by virtue of its use prior to the date of registration,” says Tutty. He explains how generic terms like “Treat” and “Have a Break” have been considered valid registrations in the EU for British Sugar and Nestle, respectively, because they were used so prolifically by the companies.

Having the word App Store on every iPhone, iPod touch, iPad and Mac in the world could certainly help Apple’s case.

In the end, “the decision as to whether Microsoft’s arguments — that it is devoid of distinctive character or otherwise fails to meet the absolute grounds — are correct, rest with the US trademark office,” says Tutty. “It is certainly not as clear cut as either side has made out.”

Apple refused to allow the app, which serves as a de facto replacement dialer and SMS client, from joining its…