Google To Be Investigated Over Potential Abuse Of Web Dominance

US regulators are poised to launch a formal investigation into whether Google has abused its dominance on the internet, according to reports. 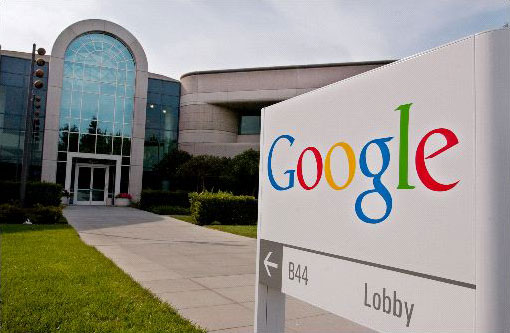 The Federal Trade Commission (FTC) is days away from serving subpoenas on the internet search giant in what could be the biggest investigation yet of the companies history, according to The Wall Street Journal. Both Google and the FTC declined to comment.

A wide-ranging investigation into Google has been discussed for months. Google has faced several antitrust probes in recent years, and is already the subject of a similar investigation across Europe. The US inquiries have so far largely been limited to reviews of the company’s mergers and acquisitions.

The inquiry will examine the heart of Google’s search-advertising business, and the source of most of Google’s revenue. Google accounts for around two-thirds of internet searches in the US (and close to 90% in the UK) and according to critics unfairly uses that dominance to favour its own growing network of services.

Last November, the European commission opened its own formal investigation into allegations that Google discriminated against competing services in its search results and prevented some websites from using ads by Google competitors.

“This is a major headache for Google even if they ultimately prevail in court,” said Professor Christopher Yoo of the University of Pennsylvania Law School. “The US and EU often share information and these dual investigations can be very effective.”

But he said the chances of Google being found guilty of antitrust behaviour, as Microsoft was, were far smaller. Wright said for the US to bring a successful case against Google, it would have to prove the company was harming consumers. “As an outsider I would say that obstacle is far higher for them today with Google than it was back then with Microsoft,” he said.

Yoo said: “The reality is that changes in antitrust laws in the US have made it much harder for the government to prevail.”

He said Google faced a higher risk in the EU case but that in either case the investigations were likely to have a profound impact on the firm.

“Even if the charges are ultimately bogus, they will occupy many, many hours of managements time and attention,” he said.

The FTC’s investigations are likely to widen to other companies as official requests for information about their dealings with Google.

The company has long denied any anticompetitive behaviour, arguing that users can easily click on other choices on the web.

“Given our success and the disruptive nature of our business, it’s entirely understandable that we’ve caused unease among other companies and caught the attention of regulators,” Google executives wrote in a company blog post after the official European probe was launched last year.

Amazon.com Inc. (AMZN) is considering the introduction of a service that would let consumers pay for goods in brick-and-mortar stores…

Yes, you read that right! Google recently went on the record promoting responsive web design as their preferred method of…