Three months in, am I regretting it?

I joined iWeb just over three months ago for my placement year as a front end web developer. I thought I’d share some of the things I’ve learned and what I’m looking forward to. 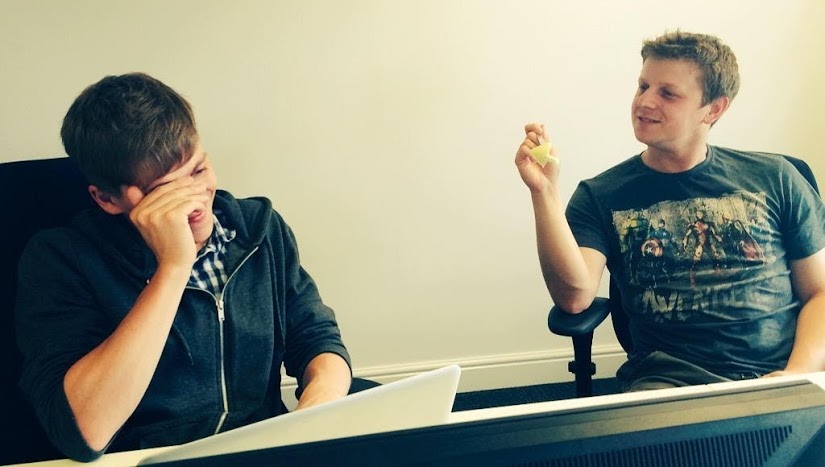 Since starting at iWeb, I’ve come a long way. One of the things I’ve been learning about is the difficulties of estimating project work. My colleague, Phil Wylie introduced me to his blog post on the bits in-between. I’ve learnt there are things you just can’t account for upon first look.

When starting I was using several small helper apps such as Codekit – an app to help me process my code. As I’ve gotten more comfortable with the command line, my need for these apps has become less and less to the point where I haven’t installed many on my laptop.

From day one I was introduced to BEM (Block Element Modifier), a CSS naming convention. It’s really cool and I love it, but damn choosing names can hurt my brain.

I’d worked with Magento before starting at iWeb. However, I hadn’t gone into the same depth. I’m learning how to build store fronts, translations and the upcoming changes in Magento 2. I’m excited to develop my understanding of Magento and eventually being able to theme an entire website.

Being the youngest member of the iWeb team, I hardly ever understand cultural references. Just about anything that happened pre-2005 has to be explained to me, including how to dub cassettes and that laptops used to have floppy disk drives! Much to my colleagues amusement.

I’ve been pulled into the future in one aspect. Andy Smart convinced me to ditch an old-skool, conventional, paper notepad after getting through one in a couple of months. I now use Mac’s built-in Notes app even though Phil repeatedly recommends Evernote. So far, apart from the lack of doodling capabilities I’m liking it.

iWeb has given me many opportunities to learn and develop, Thursday afternoons are known as ‘Collaboration Thursday’ where everyone sets time aside to learn and develop new skills. Most recently I’ve been working with gulp & bower within a front end workflow.

iWeb also gets involved with a number of activities outside of work. I’ve attended a number of local web meetups including WordPress Birmingham UK, CodePen Birmingham and even volunteered at Staffs Web Meetup.

We have @Jake_Cobley helping tomorrow, welcoming and handing out drinks coupons! See you tomorrow! http://t.co/U80Ra8QzAP #staffsWebMeetup

I’m looking forward to furthering my knowledge over the remainder of my placement.

I joined iWeb just over seven months ago for my placement year as a front-end web developer. I’m documenting my…

From Undergrad to Intern: 3 Weeks In

After graduating from The University of Sheffield with a BA in English Literature in the summer of 2016, via Unitemps…

Say hello to Professor Xavier, well it certainly feels like I’ve been guided by the warm words of Patrick Stewart…