Exploring marketplaces beyond Amazon and eBay

Do you want millions of people to see your products? Do you want to sell more online? Marketplaces could very well be the answer. 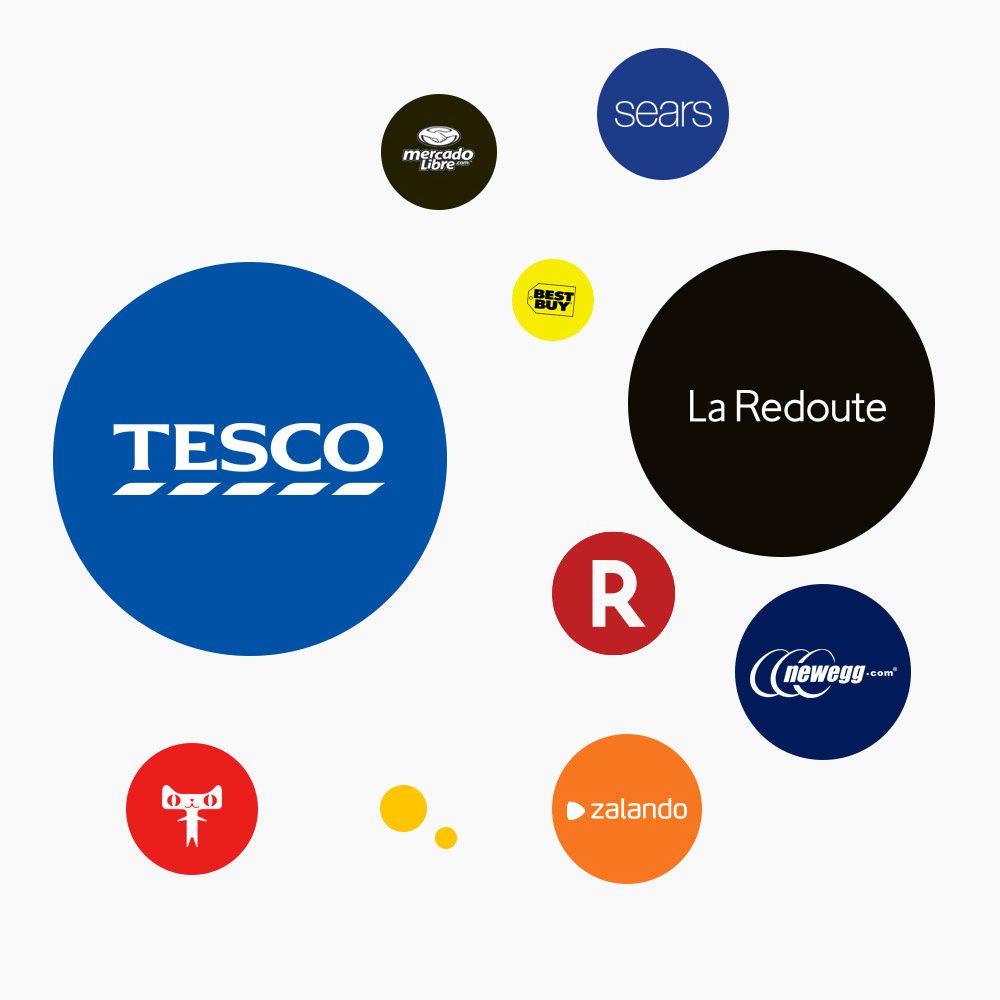 For many online businesses the majority of their sales are from selling on other websites. Increasingly, the eCommerce platform which powers a businesses website has become more than simply an outlet to sell directly to customers. They’ve become a central hub that communicates with other platforms to sell to the widest audience possible.

Expanding to new marketplaces continues to be a safe and cost effective way to scale your eCommerce business. The huge customer base and established infrastructure allows you to focus on growing your business.

The two largest and most popular marketplaces are Amazon and eBay. These two giants attract millions of loyal customers each month and tapping into these markets is a no-brainer. Regardless of how niche your products are, there is plenty of opportunity to grow your business into new markets. In addition to Amazon and eBay there are dozens of marketplaces that have millions of loyal customers each month.

Here are a few you should consider.

Tesco are the largest brick-and-mortar retailer in the UK. Over the past few years Tesco have been expanding their online presence.

One attraction for customers to shop with Tesco is their Clubcard programme. They currently have over 43 million members. Each time a member shops with Tesco they are rewarded with points. This type of rewards scheme is rare among other popular marketplaces.

Tesco’s marketplace has been growing year-on-year since it’s launch in 2012 and now competes in the UK with the likes of Amazon and eBay. It receives over 9 million unique visitors each month.

A key benefit of Tesco’s marketplace is their Click+Collect service. This enables buyers to order products online but collect from a Tesco store, saving on delivery costs.

For now, Tesco’s marketplace is invite only but with their ever-growing online presence it’s one to keep an eye on.

Founded in 1875, La Redoute launched their online marketplace in 2010. They are now the third largest eCommerce marketplace in Europe. They have 10 million customers in 26 countries with 6.8 million visitors each month. In 2015 they reached €62 billion in sales. Their primary demographic is women between the age of 26 and 35. Their average basket value is a healthy €95.

La Redoute’s product range includes apparel, lingerie, shoes, accessories, technology and furniture. All products sold on the website must be new, rather than used or refurbished.

With 10% of the online fashion market in Germany, Zalando have become Germany’s largest online clothing retailer. They have over 14 million customers and over 100 million visits per month.

Inspired by Zappos, they offer free shipping and free returns. They have since opened their website to leading fashion brands with a new marketplace platform. It’s early days for their marketplace but they are rapidly expanding and aim to build more distribution centres and hire thousands of new employees to fulfil the continuing demand.

We’re travelling across the pond for this one. Newegg originally sold consumer electronics, mainly to tech-savvy males. They have since expanded to include office supplies, sporting goods and industrial products to include a wider demographic of customers.

Their website has 25 million customers and serve 40 million visitors each month. Most of Newegg’s customers are male, something that is rare for online marketplaces, but it’s female demographic has grown in recent years.

When selling on Newegg you can either allow them to fulfil the order or you can do it yourself. One caveat, the order must be shipped within 72 hours or it will be cancelled.

Staying in America there is Sears. They launched their online marketplace in 2009. They have over 100 million products listed on their website and attract billions of page views a year.

Continuing the tradition of their brick-and-mortar stores, the marketplace sells apparel, electronics, home goods, outdoor living, tools, automotive, fitness, sports, jewellery and toys – pretty much everything but food. It’s most popular category is lawn and garden.

Sears are slow to add new items to their site. This can be frustrating but once published your products are available to millions of shoppers and gain the exposure of a top ten retailer.

You might be thinking this name rings a bell. Remember Play.com from the early 2000’s? Rakuten bought and rebranded Play.com to sell in the UK. Unfortunately from this month they are shutting down their marketplace in the UK.

The US version is still going strong. Rakuten are a global network of marketplaces. The US version was originally Buy.com before it was bought out. It has over 18 million customers and 17 million items listed.

It originally specialised in computers and electronics but has since expanded to include sporting goods, health, beauty, home and garden, jewellery and toys.

Rakuten.com doesn’t own or ship any products themselves. This is an important distinction that separates it from other marketplaces. They don’t compete with their merchants. This creates unbiased listings and the potential to be featured on key landing pages, including the homepage.

Our final marketplace in the USA is Best Buy. They launched their online marketplace in 2011, responding to their declining sales in-store. They have 40 million customers and serve over 100 million visitors each month.

Best Buy have continued to invest in their online presence by developing it’s own technology to power it’s marketplace. It also offers spotlight opportunities such as deal of the day.

Their marketplace is currently only open to select merchants. Best Buy evaluate each merchant that applies based on how well their product range fits within the existing catalog. In most cases Best Buy reach out to merchants but you can also apply for consideration.

Mercado Libre are based in Brazil and Mexico. It is the top eCommerce site in Latin America and the marketplace represents 60% of their total income. Their customer base exceeds 100 million and they receive 45 million unique visitors each month.

Mercado Libre have a cross border trade programme. This allows companies to sell in South America without the hassle of setting up a physical presence. The programme helps merchants sell internationally. Assisting with challenges such as logistics, payments, translations and localisation.

Keep in mind that only a minority of the population can read English well enough to make a purchase. Limiting your listing exposure to English only may impact sales.

Tmall are a Chinese based eCommerce marketplace. China now boasts the world’s largest eCommerce market. Many retailers are trying to tap into the massive consumer base. Tmall allows sellers to list products in the Chinese market without the need of a physical presence. It’s one of the many companies under the umbrella of Alibaba. Tmall was established in 2014 and already boasts over 300 million customers.

The Chinese market is flooded with counterfeits and poorly manufactured products. Consumers have began to crave authenticity and reliability. This created a demand for western brands that are synonymous with quality – particularly among young Chinese consumers.

Be aware that while the Chinese market can be very lucrative it can be difficult to break into. Make sure the products you’re selling are in demand. If they are, check that you’re able to sell them for a profit, keeping in mind shipping costs.

Selling on marketplaces can be very lucrative, growing your business with minimal risk. Selling on some marketplaces might be a no brainer – Amazon and eBay for example. Others will require research and due diligence. Make sure there is a market, you can fulfil orders and make a profit. Keep in mind that shipping costs might be higher but it’s unlikely you’ll be able to pass this onto the consumer.

We recommend speaking to your web development team about selling your products on marketplaces around the world. Most eCommerce agencies are experienced with this and should be able to advise you where to start.

How to Go Global With Your eCommerce Business

Now is a great time to take your eCommerce business global. If you’re just starting out or have a well…

MyMemory are one of iWeb’s long standing clients. We’ve been working with them for over a decade and have helped them…

Why Social Proofing Your eCommerce Website Could Mean More Sales

Before you can start social proofing your eCommerce website, it’s important to understand what ‘social proofing’ actually is and how you can…