From Web Developer to Director

It’s July 2007 – Apple has just released their first iPhone, Rihanna’s Umbrella has been on repeat on the radio for what seems like forever, Gordon Brown has just become the Prime Minister of the UK and it was my first day at my new job. I was joining a web development agency called ‘Interactive Web Solutions’ where I would be working as a “Web Developer”. 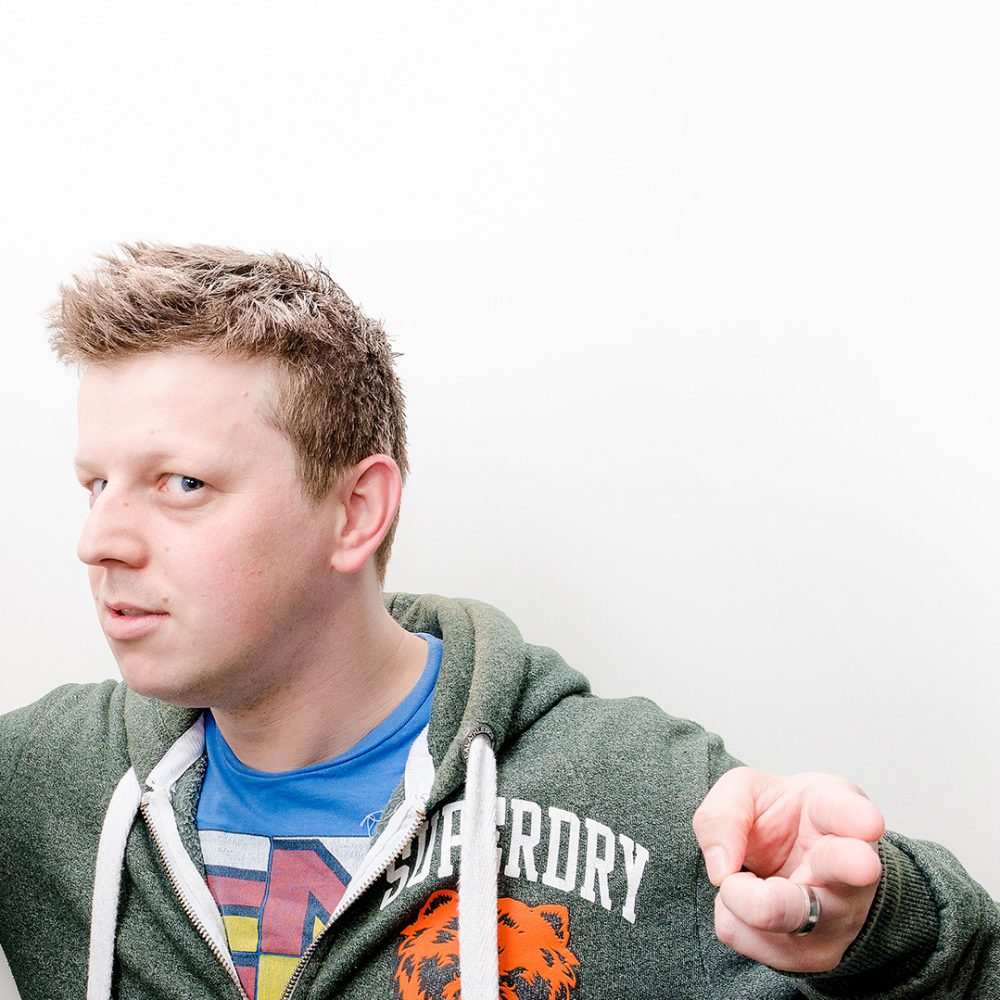 I had been studying at University for the past 4 years and aside from a testing-based role at a large bank during my placement year – this was my first ‘proper’ job. I remember my first day like it was yesterday.

Do you get there early? Just on time? Turns out I got there way too early so I parked up somewhere on the way and gave myself 15 minutes. Those 15 minutes actually felt like 15 hours – I was playing all sorts of scenarios out in my head. What if I wasn’t good enough? What if they find out I’ve never used a ‘class’ in my life and only know procedural PHP?

My 15 minutes was up and it was time to pluck up the courage and enter the office. After being shown where the kettle was and a brief induction I was shown to my chair and my workstation which came complete with a PC running Windows XP and a dual-monitor setup which I thought was amazing; looking back, it was actually just a white PC tower that had started to yellow – either way – it felt like home.

In At The Deep End 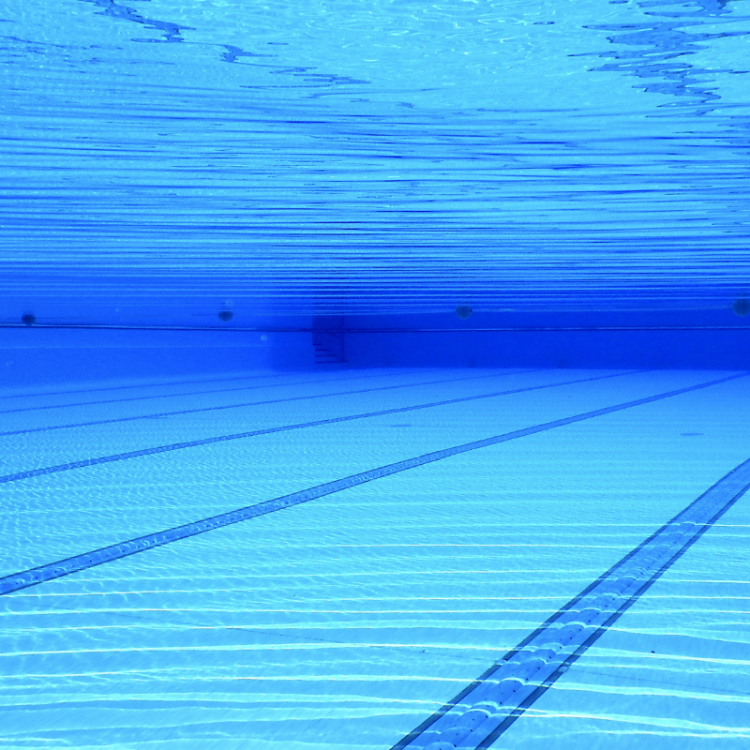 One of the first jobs I was given was a payment gateway integration using Protx (which is now Sagepay). It was an internal project so design wasn’t really a consideration. With that in mind, I whipped out my spacer.gif, wrote out the HTML for a few nested tables and “cracked on”.

I’d never done a payment integration before, I’d never even considered that such things existed. I think at the time I thought that people just saved card details into a database somewhere and manually processed them; although thinking back again that’s probably what a few people did.

By the end of my first week; I had managed to fumble my way through the payment gateway and my reward was an entire project which included yet another payment gateway. Weeks turned into months and before I knew it I was no longer just ‘the new guy’. I had made friends. I was part of the team. I felt awesome.

Over the next few years, I’d learn lots of new things with the help of all the great people and minds that I worked with. I now knew what MVC was, Zend Framework, Analytics, Active Record and I even learnt how to code JavaScript using a brilliant framework called MooTools (sidenote: I chose the wrong framework!)

I’d now worked on several key projects ranging from photography tour websites with a full calendar/booking integration, an art competition website with a full ajax powered voting system and a multi-site sports network with a single sign-on across 25+ websites.

We’re into 2011 and Little Mix have just won the X-Factor and an open-source eCommerce piece of software called Magento lands upon my desk. I’m being asked to assist one of the frontend team with a seemingly simple task.

The job was to simply add an icon next to a field called a ‘custom option’, on hover it would show some extended information. Easy I thought – a day later and a few mild expletives, I’d finally got it done.

Coming from a bespoke background I hated it. I was so used to understanding every last bit of the codebase I was working with and so used to being able to bend things to the way I wanted it to be; because I had written every last piece of code in them.

As a company, we were beginning to get more and more people asking for Magento and over time it actually started to make more sense. How many times could I write a ‘forgot your password?’ feature, order confirmation emails and why bother? Magento does it all for you.

Fast forward a few months and I’m the teams only full-time Magento developer.

A year or so later my opinions on Magento have completely changed. I love it. I’ve gone from writing bespoke login screens to writing way cooler stuff. Matrix-based pricing extensions, massive data-integration and a new wave of features all centred around B2B.

I then learn about a thing called a ‘Magento Certification’ and I’m advised to take the exam and become ‘qualified’. Without hesitation, I apply online and arrive at the test centre a few weeks later. I remember sitting in the waiting room thinking about when I passed my driving test (3rd time lucky) and the feeling thereafter that it would probably be the last ‘test’ I ever did.

Luckily my past few years experiences were enough to get me through and become an officially qualified ‘Developer’ and eventually a few months later a ‘Developer Plus’.

The Magento team is now larger than the bespoke team; in-fact all new projects are Magento. As part of the larger team I became the ‘Lead Technical Developer’ which brought with it a whole new raft of responsibilities – I wasn’t just developing websites anymore, I was interviewing staff, training staff – new and old – and attending Magento conferences left-right and centre while rubbing shoulders with some of the heavy hitters in the Magento world.

The best part of it all is…iWeb are officially Magento Business Solution Partners and I feel like I played a massive part in helping the company achieve that goal.

We’re now back to present day and the company directors have called a company meeting and invited all the staff along. There’s lots of chatter about what’s going on and what might be announced; however, I’m sitting on a massive secret…I already know.

The meeting was to simply outline iWeb’s plans and goals for the new few years – mostly it was what everyone expected with things such as expanding the team and more focus on internal training and targets and goals and so on.

Then comes the big announcement; it has an entire slide to itself…“Pembo will be a company director.” I’m treated to a round of applause and a wave of congratulations from the people I’ve worked with over the past 11 years.

It probably sounds like this is where the journey should end; however, I see it as the beginning of an entirely new chapter and hope to be a big part of driving iWeb into the future and meeting our goals to make iWeb one of the best Magento agencies on the planet.

I hope you enjoyed reading a little about my life at iWeb – I have been here for 11 years and seen a lot of change; the furniture, the teabags (we’re back on Tetley), the technology (no more off-white PCs) but one thing has always remained; iWeb has been a great place to work with some brilliant minds. Although not every day has been perfect, I wouldn’t change any of it.

I couldn’t be happier!

Fancy joining Pembo and the rest of the team as we embark on our exciting new chapter? Drop an email to hello@iweb.co.uk with a little bit about why you’d like to work at iWeb and some examples of your work.

I joined iWeb just over seven months ago for my placement year as a front-end web developer. I’m documenting my…

From Undergrad To iWeb Employee

With my Unitemps internship at iWeb rapidly coming to its expected and inevitable close, it turns out it’s not all…