I joined iWeb just over seven months ago for my placement year as a front-end web developer. I’m documenting my time at iWeb through a series of blog posts. Sharing my experiences as part of the iWeb team. If you haven’t already, check out my previous post here. 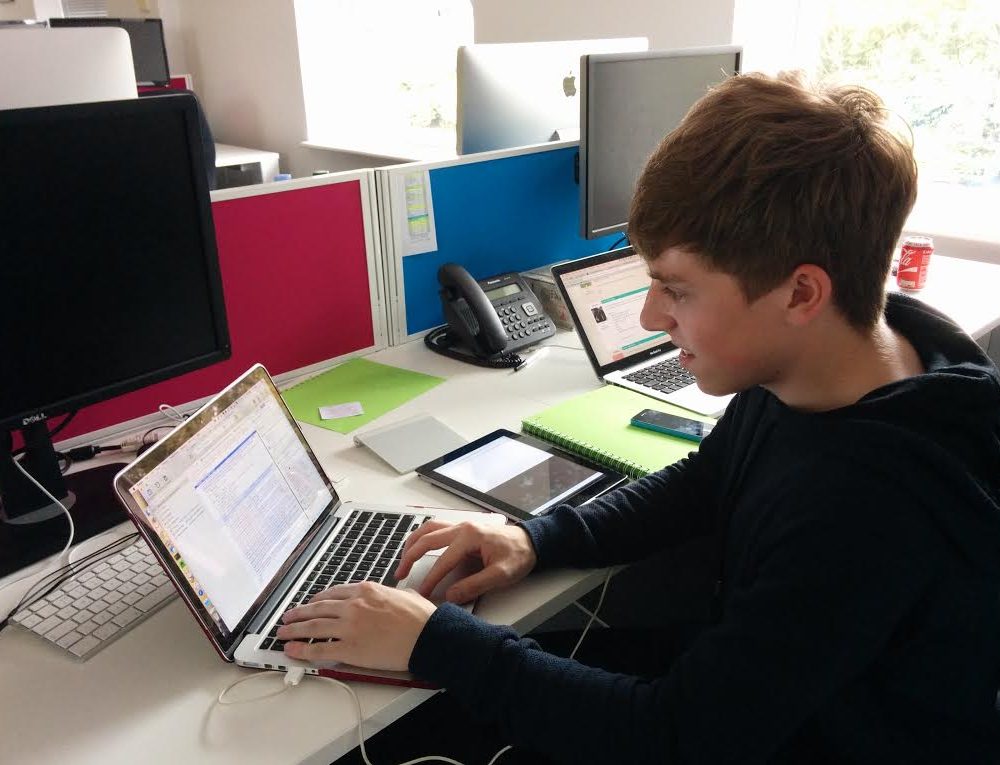 I previously touched on how I was becoming more comfortable with the command line, ditching apps such as CodeKit. Since then I have made the switch to command line full time for asset compiling (Gulp) and version control (using Git).

Over the past few months, I’ve worked on a number of websites including Attack Magazine, Yuasa and Arrow County Supplies.

Attack Magazine is a large WordPress eCommerce website. iWeb recently redeveloped the site with a complete overhaul in terms of layout with the addition of a subscription sample download service.

I’m used to being a sole developer on projects. It was the first time I’d worked as part of a larger team. I was given freedom over the development of the front-end of Attack Magazine. I worked with the Attack team and their designer to develop the responsive skin of the site.

While working on Attack Magazine, I was introduced to BEM, a CSS naming convention. Something I touched upon in my previous post was how naming CSS classes is often difficult. BEM provides structure and guidance on class naming, making it easier to work in teams while maintaining consistency.

I’ve also been working extensively on Yuasa, one of the world’s leading suppliers of batteries. I worked on a project to create multilingual, regional sites for Yuasa. I built an SVG based region selector, which acts as a landing page when a visitor’s location can not be automatically determined. I also spent a lot of time working with translations. Creating a fair few static blocks in Magento and using the WordPress plugin, WPML.

We have time set aside each week to learn, experiment and build new tools. During this time, I have continued to develop my front-end asset compiling script. Kettle is a Gulp script which acts as a good starting point for most web projects. It will, in time, be used by iWeb as the base for all our client work. We’re also keen to open source the code for others to use. 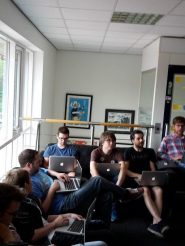 There has been a number of social events since the last post. iWeb recently celebrated it’s 20th birthday. To celebrate, iWeb threw a party for employees and close family. The venue and food were amazing and thanks to some colleagues, I learnt the consequences of a free bar – thanks guys!

Dave Baker also got married. A massive congratulations to the happy couple! We were all invited to a wonderful, wacky reception, featuring an amazing home built photo booth! Without doubt they had the best food I’ve ever had at a wedding reception; gourmet hot dogs, cheese cake (literally a cake made of cheese), sweets, candy floss and popcorn!

A group from iWeb took on the challenge of Escape Live. We were locked in a themed room and had to figure our way out by finding clues to unlock what seems like a vast sea of padlocks. Honestly, I didn’t have much hope for us getting out within the hour but I was pleasantly surprised. Both groups got out with time to spare! Afterwards we went out for burritos and a couple drinks to celebrate at Bodega.

There was the iWeb Christmas party! Featuring food, good conversion and a Christmas drink… or two.

And finally the last noteworthy social was just the other week when a group from iWeb went bowling. I lost quite badly.

iWeb are involved in a lot of community events, sponsoring a local web meetup and attending a lot of industry conferences. I’m involved with Staffs Web Meetup, where I meet and greet guests.

@staffswebmeetup @miss_jwo @lornajane @Jake_Cobley is a total pro when it comes to meetup meet & greets. If I did LinkedIn I'd endorse him!

I plan to present my Gulp project this year at Staffs Web Meetup. It’ll be my first public talk, so I’m hoping it’ll be well received!

iWeb attend relevant conferences in the industry. I got to attend WordCamp Manchester with the other WordPress geeks in the office. The team also attend a number of local meetups including Agile Staffordshire and WordPress Birmingham. I also went along to the first CodePen Birmingham meetup and I am eagerly awaiting the announcement of the second meetup.

I have enjoyed my time with iWeb and I’m looking forward to the remainder of my placement.

Three months in, am I regretting it?

I joined iWeb just over three months ago for my placement year as a front end web developer. I thought…

From Web Developer to Director

Under My Umbrella…ella ella It’s July 2007 – Apple has just released their first iPhone, Rihanna’s Umbrella has been on…